The book The Decent Society: Planning for social quality by Pamela Abbott, Claire Wallace and Roger Sapsford may be appreciated as an outcome of research projects of the University of Aberdeen, Scotland. The pillars are research projects on the former Soviet Union funded by the European Union, the Rwanda research projects supported by the Senate of the Republic of Rwanda and the participation in the work of the International Association on Social Quality resulting in the Aberdeen expert meeting in 2015. A ‘decent society’ is one that assures a parity of participation – of distribution, recognition and political representation. Above all, it is a just society, whose rules are set in such a way that everyone benefits equally.

Moving away from individualistic measurements 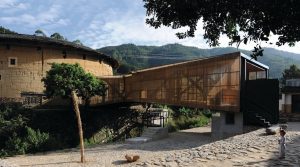 The authors refer firstly to debates (and research) of ‘wellbeing’ and ‘quality of life’ as endeavors to understand the nature of decent life and societies. The first is more generally used in medicine and psychology; the second in sociology and social policy. The first refers to the actual experience of individuals. The second is more oriented to major aspects of a total society. However, the second is ultimately concerned with something that individuals have, and its proposed indicators are often validated by the extent to which they correlate with subjective satisfaction. Those who stress the importance of subjective feelings of wellbeing, happiness and satisfaction take a purely utilitarian hedonic approach. Those that argue for more objective measures of the quality of life that people are living in a society are more concerned with people’s way of life and whether they are able to lead a good life which enables them to be happy. They apply a more eudemonic measure which focuses on meaning and self-realization and defines wellbeing in terms of the degree to which a person is fully functioning. The authors interpretation of the link between theory and measurement with both approaches is rather negative. Measures of quality of life, satisfaction and wellbeing, which are individualistic, provide little or not rationale for a particular choice of indicators and lead all too easily to privatized solutions.

The authors have chosen to use the social quality approach, which is according to them a radically different approach. It sees ‘the social’ as central to the quality of societies and challenges the subordination of welfare policies to the economy and economic policies. It rests on the premise that people are essentially social beings and that we are able to live our lives only through our relationships with others. It is structural and has a societal perspective with strong theoretical and ontological foundations; it shows a recognition of the interdependency of human beings and the ‘conditional’ or ‘foundational’ components of their experiences, including opportunity and contingencies.

The authors take on board the elaboration of the four conditional factors (socioeconomic security, social cohesion, social inclusion and social empowerment), the different domains and subdomains of these factors and the herewith (theoretically) related/derived social quality indicators which are stronger related with their suppositions of the decent society.

Therefore they have developed a modified index for this research on which to rank countries (in Europe, in Africa, in Russia, in Northern America). They argue, what the Decent Society Model borrows from the Social Quality project is their schema of society, identifying four conceptually different quadrants within which to organize aspects of life. We have found this useful and important when trying what might count as a decent life.

From good society to decent society

The authors note that they have become aware of how hard many governments were working to make a decent life for their residents. It was clear that what they needed was not academic evaluation of progress, or not that alone, but a method for the regular monitoring of their policies and practices, to see what was not making a strong enough or quick enough contribution to achieving their long-term goals and what short-term processes needed to be inserted or modified to get them back on track.

They began to move away from the notion of the good society, towards the idea of a decent society – one where residents could trust government, each other and the rule of law, where corruption was controlled, where resources were sufficient for something more than survival and where people had the possibility of expressing their capabilities in actions and take control of their lives to some degree. The decent society takes responsibility for all its members. The authors of The Decent Society have used for the first time their index based on the social quality approach for comparing countries of four continents.