The EU-China Environmental Governance Programme (called the EGP-project) started in 2012, called ‘’Public Participation of Environmental Governance in the Jiaxing Model and its applicability in Zhejiang Province”. It aimed at evaluating the results of the so-called Jiaxing model as well as to formulate policy advice concerning the implementation of this model in eight other cities/metropoles of the Zhejiang Province. The Jiaxing model applies mechanisms to promote public participation with regard to environmental issues and to encourage citizens to participate in the supervision of strategies preventing pollution in and around the city of Jiaxing, by organising jury systems, apology letters, naming lists (right to name polluting enterprises) on an individual basis. 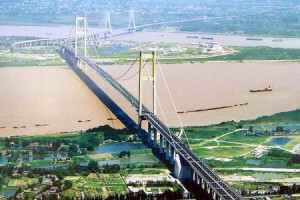 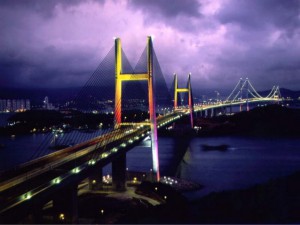 In other words, the model advocates a strong position of residents to play a role in the decision-making processes of the Jiaxing authorities to increase environmental protection. The International Association on Social Quality was invited to participate in its evaluation given its work carried in relation to the enhancement of the role of residents in the urban context contributing to the development to overall sustainability. With this in mind, this model is highly interesting since it concerns an aspect of a much broader context, and because it aims to be implemented in eight other Chinese cities of the Zhejiang Province. 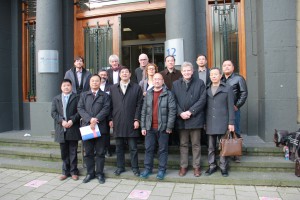 Participants of the EU-China meeting on environmental participation at a research visit at the ISS in The Hague on 20 January 2015.

Explorations in Jiaxing and The Hague by Kai Wang, who explored the role of citizens in Jiaxing and The Hague according a number of essential social quality assumptions, namely the interplay of the tension between systems (political, business) and the world of daily life (of communities) and the tension between societal and biographical processes. Download Final Report Kai Wang IASQ 25 November 2014

The explorations in Jiaxing and the Hague are used for a study about citizens as main actors in the development toward overall sustainability The study argues that the development of the Jiaxing model is an essential answer to address dramatic changes of urban processes in China and other Continents. Furthermore, the comparison between Jiaxing and The Hague – in the light of interpretations of global tendencies – demonstrates a highly interesting difference. A wide range of initiatives is undertaken in Jiaxing (debates, education, broadcasting) to involve communities and to connect them with policy-makers. This also implies a form of disciplining these communities. In contrast The Hague local NGO’s are completely free and show a wide range of activities addressing environmental issues, however without any form of orchestration. The study concludes with policy advice how to enhance communities with support of knowledge institutes in order to enable them to play an equal role compared to the political system and the business world. Download: Working Paper 14 Environmental Protection & Position Citizens