The compatibility of human security and social quality

Since the start of the social quality approach theoretical work was carried out on the noun ‘the social’ and comparative work with other approaches as: quality of life, social capital, human development, capability, human security and (later) social harmony. The scientific journey of European scholars in articulating the social quality theory, methodology and application was compared with contributions by Asian scholars about human security and the different policies for enhancing welfare. 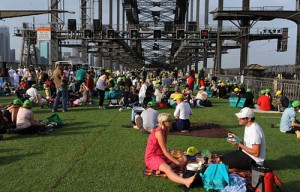 With regard to Human Security this was taken up more in-depth by the work of an ‘International expert-group’ oriented on comparative research with the ‘human security approach‘, stimulated by a new project-collaboration between the EFSQ as forerunner of the IASQ and the International Institute of Social Studies (ISS) in The Hague. A contribution was made to a conference of the Human Development and Capability Association in Delhi in 2008. The Human Development Association promotes research on poverty, justice and well-being, building from ideas in the capability approach and the related human development approach (seen in the annual Human Development Reports from UNDP and some national and local authorities).