The pandemic caused by the COVID-19 corona virus from the beginning of 2020 threatens an unseen amount of people in a profound way, and especially people, who are already subject to great vulnerability.  Much clearer than ever or completely undeniable is, that contemporary public health concerns the outcomes of highly complicated societal processes and individual biophysical constitutions, with also serious mental outcomes. This pandemic thoroughly affects Public Health as an essential policy area. Already in the late 1990s, this policy area already was at the cradle of social quality thinking because of the assumptions already made about this reciprocity. It may be seen as a major hinge point between the so-called objective reality and the subjective reality people are coping with. Already in 2000 a study is published by Dutch experts – inspired by the Canadian health movement from the 1980s – about the philosophy of modern public health and social quality as a point of reference. They concluded among other things, that in the nineteenth century, the old public health oriented toward biological hygiene of urban and domestic spaces, changed into a natural scientific epistemology. This single scientific orientation simply cannot conceive of ‘public’ as a reality of societal configurations. In this perspective, as a noun, public remains a metaphor for an aggregation of separate individuals. It therefore logically dismisses communities as societal configurations with specific characteristics attributable to given socio-political, socio-economic, socio-cultural and socio-environmental relationships and related norms, values, and orientations. And this caused the fact that according American public health experts,  the public health in that country has lost its edge. 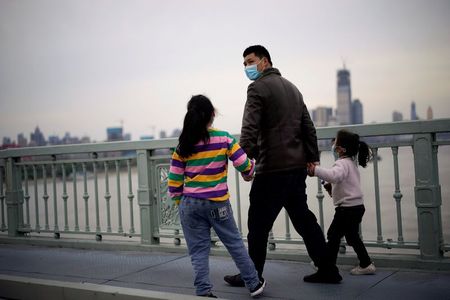 Social Quality Theory as a Point of Departure

A decade later, also Australian public health experts embraced the theory of social quality as a point of departure for a new approach of public health. This delivered for them points of departure for the application of elements of the social quality approach (SQA), to facilitate a more complex and complete understanding of the so-called positivistic  oriented  so called  ‘social determinants of health’ (SDH). Thanks to their previous work, they started to approach from a broader public health perspective societal  modernizing processes in Taiwan, Hong Kong, South Korea, Japan, Australia, and Thailand. This approach  has been linked to an increase in general mistrust, potentially signaling sociopolitical and socioeconomic problems and on trust in family, neighbors, strangers, foreigners, and people with a different religion.

Recently, English  experts applied also the SQA for testing the utility of this approach in explaining self-rated health as a response to arguments that the SDH framework  lacks enough theoretical basis. They used multilevel models to analyze national English and Welsh data (the Citizenship Survey) to test for both individual- and neighbor-level affects. One of the conclusions is that of the conditional factor of socioeconomic security – and especially its domains of  housing security, income sufficiency, and income security determinants - is especially important. Furthermore, social rights, including institutional but especially civil rights, have effects of particularly large magnitude. Therefore, the SQA offers a theoretically driven perspective on the SDH, which has important policy implications and suggests several promising avenues for future research.

Also, recently, a Dutch public health expert completed his  - with aforementioned studies and empirical explorations of public health processes in the city of The Hague in mind - on a new conceptualization of contemporary public health. Starting from the previous study of 2000, interpretations are made of the major public health discourse in the past two centuries in the Netherlands. It became a critical appraisal of influential societal tendencies, to be able to identify what today is appropriate. Argued is,  that in addition to the enrichment of the individualistic and positivistic -oriented SDH conception with the attention for the societal based conditional factors (see the work in Australia and the UK), attention for the subjective or constitutional factors is needed for understanding the situation of people and what they need from public health support. For example, the Centers for Disease Control and Prevention in the USA reported that after a stable period from 2000 to 2007, the rate of suicide among those aged 10 to 24 has increased significantly in the past years, making suicide the second-leading cause of death in this age group to-day. And American experts noticed, that these outcomes demonstrate, that heavily invested is in crises care, which is the most expensive and least effective means of preventing suicide. The SQA may deliver an answer to the application of the methodological individualism, which denies societal causes of biophysical harm, suffering, and isolation of people. Furthermore, the assumptions underlying this methodology deny capabilities of individual people and their immediate environment and communities to go beyond this state of existence.

With this in mind an initiative is in the making to compare the applied societal approaches in China, India, Japan, USA, Italy, The Netherlands etc. in addressing the coronavirus. What are the underlying assumptions,  what are the translations of these assumptions in practice, what are the outcomes and what does it mean for the population?  In other words, the outcomes, will they deliver arguments for paving the way for an acceptable contemporary public health USA care, assisting the population to apply their potentialities to cope with this recent form an unforeseen danger and attesting livable daily circumstances of people. From USA data of May 2020 concluded is, that especially African-American people in the USA suffer proportionately more from the coronavirus than other categories from the population.