As a result of the efforts and commitment of the participants, 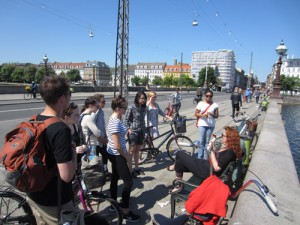 the Network was able to deliver substantial additional outputs beyond those originally envisaged. These include major explorations of the four conditional factors of social quality - socio-economic security, social cohesion, social inclusion and social empowerment - all of which are key concepts for European policy; important theoretical development of the concept of social quality; and fourteen national surveys of the current trends in social quality (see below).

Although much of the work of the Network was concerned with the detailed and laborious examination of specific indicators the policy implications of its work are highly significant. In contrast to previous attempts to measure living standards, social exclusion or, more generally, quality of life, the Network has provided the basis for a holistic and theoretically grounded approach to both understanding and measuring the quality of social life as lived, day to day, by citizens in all European countries.

A first characteristic for the emerging social quality approach (SQA) was and is that the theoretical notions have been applied in empirical research in the relevant European countries, as presented in the national reports (see also Final Report). The application of these indicators in these countries remained fifteen years later highly interesting.

The final report is based on the following national reports:

A second characteristic of the emerging social quality approach was and is, that afterwards all those engaged participated in a comprehensive reflection of the outcomes of the empirical research, in order to make new theoretical steps. The outcomes are published in a double thematic issue of the European Journal of social quality, called ‘Indicators of Social Quality: Application in Fourteen European Countries’ (The European Journal on Social Quality, Volume 5, Issues 1&2 2005).

As explained in the Editorial: 'It is clear that any project for producing internationally comparable operational measures of Social Quality faces huge intellectual and practical difficulties. However, the papers in this issue show that a great progress has been made by the ENIQ project and that an empirical framework for social quality research has now been successfully established.' In this publication a summarize is made of the difficulties with traditional indicators and traditional data as subject of these indicators. With the ENIQ-Project the scholars started a new approach which should be later on appreciated as the quintessence of the ‘social quality approach’ (SQA), especially oriented on the quality of societal circumstances and not individual or individualistic aspects of citizens living in these circumstances.

One of the conclusions of this document is, that the SQA wants to face the political challenge of providing an integrated approach that goes beyond formally linking different policy areas or ‘mainstreaming’ societal polices or specific topics as poverty, disability or gender. Such approaches are typical for mainstream policies by e.g. the European Union. Theoretically – and if one can speak of it at all – methodologically, the shortcoming which is behind such limited  policy approaches can be seen in the following two points: (1) the one is the limitation on specific daily circumstances rather than the comprehensive characteristics of societal settings in which ‘people as social beings’ act, and (2) policies are developed without explicitly considering policy goals. Policy goals, as far as they are mentioned, are understood in functionalist terms.

Correctly, the economic basis is considered as central, setting the material framework for the necessary change of society. However, the economic basis is seen as something that is outside of societal based relationships. Paradoxically, in the perspective of market-radical liberalism does not deal with the societal character of economic relations. The consequence is the understanding of the individual as an independent, autarkical actor. As is well known, Adam Smith considered the societal dimension of economic processes as led by an ‘invisible hand’. Friedrich Hayek goes even further and states, that the adjective social is without any meaning, which is correct if it remains undefined. Margaret Thatcher, claimed in 1987 that ‘there is no such thing as society’.  This document functioned as a welcome addition to the final document of the ENEQ-Project  on employment and social quality.

Phase 2: A start of the social quality indicators’ research in South-east Asia and the Pacific: 2007-2014

From theory to indicators

This project has been an important milestone in developing social quality indicators. In the years following the project, this has led to the publication of the book Social Quality – From Theory to Indicators, edited by Laurent J. G. Van Der Maesen and Alan Walker. The book is available from the publishers' website. In 2015, the book was translated in Chinese.